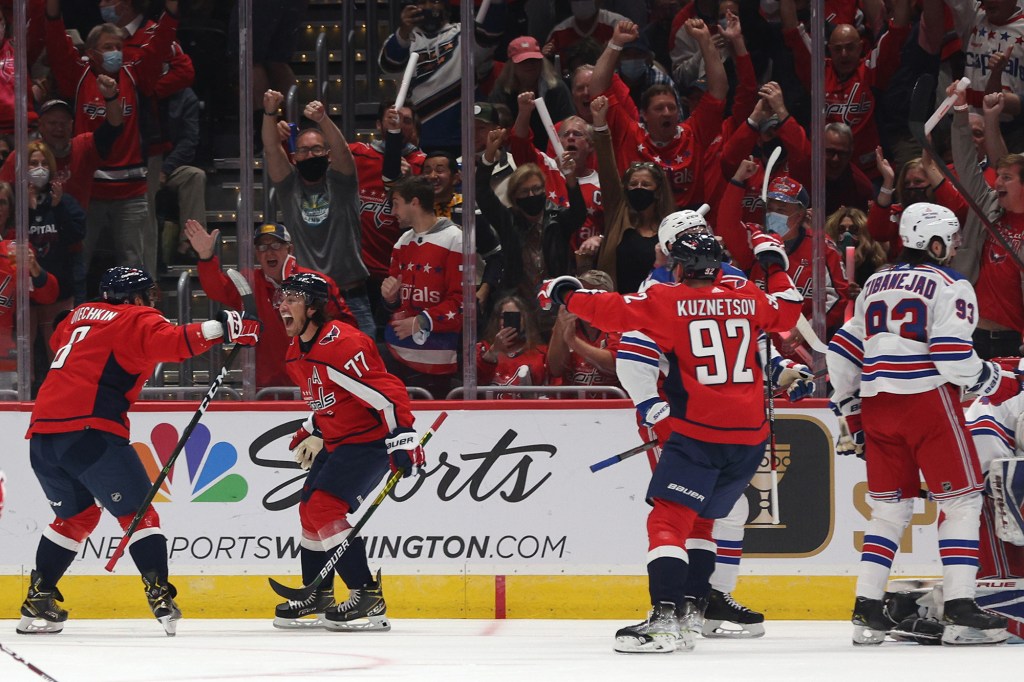 
WASHINGTON — If the highly anticipated season-opening showdown with the Capitals was never about avenging last season’s shenanigans or proving a point, well, then the Rangers don’t have to worry.

The Blueshirts, however, should be concerned after not playing to any of their preseason assertions of having a harder-to-play-against lineup as the Capitals handily secured a 5-1 victory on Wednesday night at Capital One Arena.

It may have been the first game, but considering the Rangers decided to dress the meatier version of their roster to specifically counter Capitals agitator Tom Wilson and a physical Washington team, there was very little fight from the visitors on the scoreboard — where it matters.

The Rangers struggled to stay out of the penalty box the whole game. Washington capitalized on three of their five power plays, with one man-advantage goal coming in each period. While the Rangers put a few pucks on net early on, the Capitals exploded in the middle frame and held a 15-5 shots advantage that included goals from Justin Schultz and rookie Hendrix Lapierre.

Alexander Ovechkin poured on two more goals in the third, which pushed the Capitals star past Marcel Dionne into fifth place on the NHL’s all-time goals list. The Rangers’ lone tally, from Chris Kreider on the power play, came in between Ovechkin’s two scores.

Rangers goalie Alexandar Georgiev, who got the starting nod over Igor Shesterkin amid the back-to-back schedule, allowed five goals on 27 shots.

The stage was set long before game time in Washington, with a rambunctious crowd outside of Capital One Arena that included a man in a Capitals jersey walking on stilts and — fittingly — “My Own Worst Enemy” by Lit blasting through some speakers.

Capitals fans erupted when their man of the evening, Wilson, was introduced in the opening-night ceremony. And as the Rangers took the ice, the boos rained down from all three levels of the arena while the small-but-noticeable New York fans in the building tried to make themselves heard.

The anticipated physicality was certainly there, with Rangers offseason addition Sammy Blais and the Capitals’ Trevor van Riemsdyk getting into it early on. Including Blais’ matching roughing minor with van Riemsdyk, the Rangers were called for three penalties in the first period alone — and it was Patrik Nemeth’s slashing penalty that Capitals winger T.J. Oshie capitalized on less than five minutes into the game.

Washington defenseman Nick Jensen nearly made it 2-0 a few minutes later, but the Rangers challenged for offside and the goal was overturned.